Raising the bar for hair training 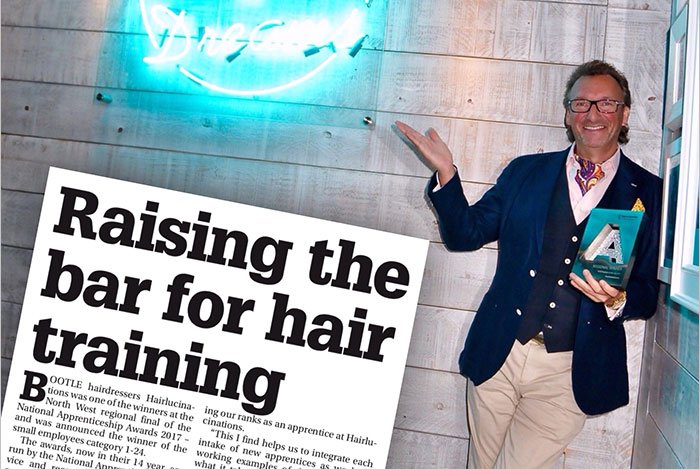 BOOTLE hairdressers Hairlucinations was one of the winners at the North West regional final of the National Apprenticeship Awards 2017 and was announced the winner of the small employees category 1-24.

The awards, now in their 14th year, are run by the National Apprenticeship Service and recognise excellence in two areas: a) businesses that grow their own talent with apprentices b) apprentices who have made a significant contribution to their workplace. The awards took place at the prestigious and spectacular Titanic Hotel, situated at the Stanley Dock, part of Liverpool’s World Heritage site.